The wealthy elderly bachelor Don Pasquale wants his heir and nephew Ernesto to marry a rich woman of noble birth. He tries to force Ernesto to accept his arranged marriage by threatening to disinherit him and drive him out of his house. Ernesto resolutely refuses to obey because he is in love with Norina, a young widow. Dr. Malatesta, Don Pasquale’s personal physician and a close friend to both Ernesto and Norina, devises a scheme to help the young lovers and teach the old man a lesson through a punishing experience.

The Don wants to marry

Despite his old age, Don Pasquale has decided to get married in order to produce an heir and disinherit his nephew. Dr. Malatesta agrees to arrange a marriage for him. The bride, the doctor tells him, is beautiful and innocent, and happens to be Malatesta’s sister. Pasquale now confronts Ernesto with his threat of disinheritance. Ernesto refuses again; he insists on marrying the poor widow Norina.

Malatesta pays Norina a visit and tells her his plan to help her and Ernesto unite in marriage. Norina will be introduced to Pasquale as his sister Sofronia, fresh from the convent. After going through a fake wedding ceremony with a false notary, Pasquale will be at their mercy.

Disowned and driven out by Pasquale, Ernesto is about to go far away to lament his fate. Inside his house, Pasquale is introduced to Sofronia, feigning shy and afraid of men. Pasquale is delighted at her acceptance of his proposal. A false notary draws up the contract, making Sofronia mistress of the house and owner of half of Pasqaule’s possessions. The ceremony was done, Sofronia instantly transforms into a domineering, spendthrift shrew and appoints Ernesto her escort.

Don Pasquale, his home completely revamped by Sofronia, examines the bills with horror. Norina is dressed up to go to the theatre. Pasquale tries to stop her but receives harsh treatment culminating in a slap on the face. As she leaves, she drops a piece of paper. It is a note from a secret lover arranging a tryst that evening. Pasquale sends for Malatesta and they agree to confront the illicit lovers that night.

In the garden, Ernesto serenades Norina and they sing of their love. Pasquale and Malatesta ambush them. Ernesto escapes and Sofronia denies her guilt. Malatesta tells Sofronia that another woman will move in tomorrow as Ernesto’s bride. Sofronia vehemently refuses to accept another woman in the house and declares that she will move out herself. Eager to get rid of his wife, Pasquale quickly gives consent to Ernesto’s marriage to Norina. When the truth is revealed, Pasquale forgives everyone and they all sing joyfully the moral of the story. 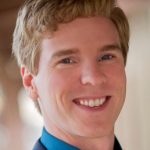 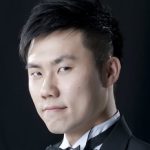 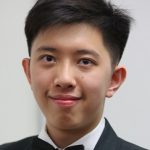 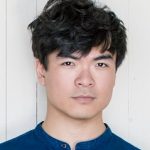 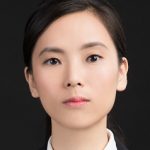 The turning point of Donizetti’s career was the triumphant success of Anna Bolena, premiered in Milan in 1830, which won him commissions from all the major Italian theatres and spread his fame throughout Europe. There followed another period of eight years, during which this most industrious artist produced a further 24 operas including such masterpieces as L’Elisir d’Amore, Lucrezia Borgia, Maria Stuarda, and Lucia di Lammermoor.

La Fille du Régiment is the first opera Donizetti composed in Paris, then the cultural capital of Europe. Its premiere at the Opéra Comique on 11 February 1840 was an enormous success and its overwhelming popularity has been on the rise ever since. La Favorite opened at the Paris Opéra in December of that same year. Donizetti was 43 years old and at the height of his powers. Two years later, he accepted a commission to compose a work for Vienna and produced his mature masterpiece, Linda di Chamounix, which was so successful that the Emperor of Austria immediately appointed him Court Composer and Master of the Imperial Chapel, positions once held by Mozart.

Of Donizetti’s total output of 65 operas, half a dozen has always remained on top of the permanent international repertoire. Since the 1950s, there has been a great resurgence of interest in reviving his works, strongly encouraged by important scholars, conductors and great singers such as Maria Callas, Joan Sutherland, Beverly Sills, Montserrat Caballé and others of the present generation.