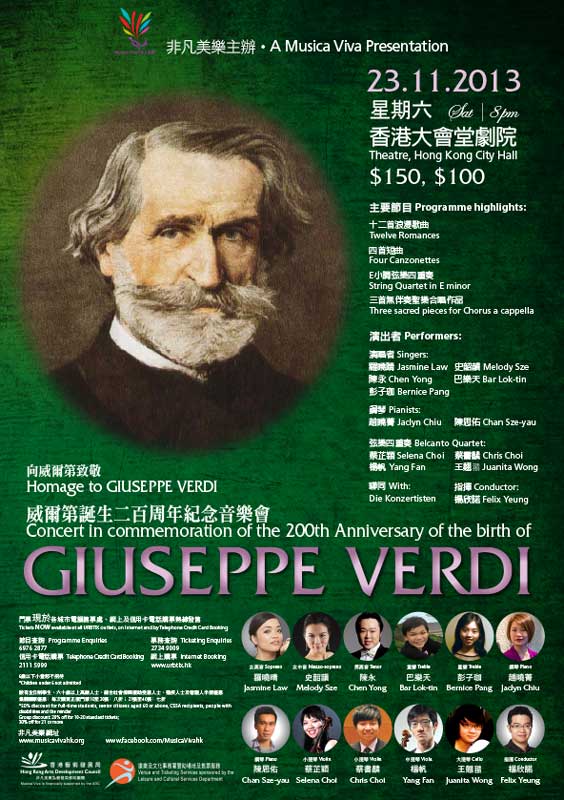 For more than six decades, Verdi was the reigning Italian composer of his time. One of the few Italians to attain international stature in the nineteenth century, Verdi is often fictionalized as the ‘antithesis’ of Richard Wagner. Like Wagner, Verdi was outspoken and unrelenting with his visions, from the genesis of the libretto, to the casting of singers, down to the last detail in staging towards his late years. However, unlike Wagner, pragmatism remained the motto throughout Verdi’s career. Music was designed to appeal to the audience, instead of mere fulfillment of the composer’s own ambition. When Verdi died, the famous Italian poet Gabriele d’Annunzio, wrote that the patriarch of Italian opera “gave a voice to all our hopes and struggles, he wept and loved for all of us.”

Verdi’s music transcends the barriers between high and low culture. This could be explained perhaps by the circumstances of his formative years. Verdi’s humble beginning in Bussetto resulted in an array of compositions that might elude other opera composers in the making. As the composer later recalled, “from the ages of 13 to 18, I wrote a motley assortment of pieces: marches for band by the hundred, perhaps as many little sinfonie that were used in church, in the theatre and at concerts, five or six concertos and sets of variations for pianoforte, which I played myself at concerts, many serenades, cantatas (arias, duets, very many trios) and various pieces of church music, of which I remember only a Stabat mater.”

By the time Verdi had established himself as the most sought-after composer in Italy, the experience gained from the provincial training ground found its way to his most innovative, mid-century operas. Comic elements are infused into the gloomy milieu of Rigoletto. Waltzes from the Paris Salons are shaped to depict the joys of life and the agony of imminent death in La traviata. Music with such popular appeal as the “Anvil chorus” from Il trovatore is heard on the same evening along with the hauntingly beautiful ‘D’amor sull’ali rosee’. Verdi was also unafraid in crossing the borders of genre. His Requiem Mass, with its blatantly theatrical presentation, was reproached by Hans von Bülow as an ‘Oper in Kirchengewande’ (opera in ecclesiastical dress) even before its first performance.

The practice of mixing genres was reflected on a smaller scale, within Verdi’s relatively small body of non-operatic works. Apart from the 26 operas which earned Verdi’s fame at home and abroad, the composer’s long career was punctuated by about two dozens of ‘liriche da camera’ (chamber setting of songs), a single string quartet and a handful of sacred choral works. Among these works, Verdi’s pen flowed freely between the boundaries of genres, conventions and expression.

Verdi’s first set of songs was published as Sei Romanze (1838), before the premature death of his two young children, his resignation from the post of maestro di musica of Busseto and his departure for Milan. The collection consists of four settings of minor poets from Italy, in addition to two translations from Goethe’s poems. Strophic design with elegant Bellinian melodies were evident in ‘More lo stanco poeta’, ‘In solitaria stanza’ and ‘Perduta ho la pace’. The last one was better known by Schubert’s ‘Gretchen um Spinnrade’. Verdi’s setting shared the same key (D minor) of Schubert’s setting, and surprisingly restrained in emotion. However, the melody bears a full-bodied characteristic which is unmistakably Italian. The rest of the set are marked by more ‘operatic’ approach. Ominous tremolos and declamatory singing expressed the wrath and disparaging despair of the jilted lover in ‘Non t’accostare all’urna’ and ‘Nell’orror di notte oscura’. Taken again from Goethe’s Faust, and previously set by Schubert, Schumann and Wagner, ‘Deh, pietoso, oh Addolorata’ is fashioned as a miniature scena and aria by Verdi. The through-composed structure, with changes in both piano texture and tempo, aptly depicts the tortured soul who begs the Madonna’s pity.

The following year marked a turning point in Verdi’s career, the success of his first opera, Oberto, encouraged Bartolomeo Merelli, impresario at La Scala, to offer Verdi a contract for three more operas. Determined to make his break into the Milanese opera circuit, Verdi devoted most of time to opera and produced only two songs. The ballade-like ‘Le seduzione’ (1839) tells the story of innocence lost, ending in the seduced maiden’s tragic death at child birth. It shares the same Bellinian features found in the lyrical numbers among the six romances. ‘L’esule’ (1839), on the other hand, is overtly operatic in form and content. The long introduction leads to a recitative in B-flat major. The cantabile in D minor expresses the longing and sadness of the exile. The subsequent Allegro and Moderato in F major resembles the cabaletta in operas. The sudden surge of energy depicts the exile’s desire for death and reuniting with his beloved mother.

With the unprecedented success of the premiere Nabucco in 1840, Verdi went on to write 16 operas in the 11 years, averaging one in every nine months. The “galley years” came to a close with the première of La traviata in March 1853. Verdi was now an honored guest among Italy’s salons, and the composer’s songs were created as album leaves, dedicated to delight his patrons. The composer’s new found fame also put him in touch with renowned librettist and poets, including Andrei Maffei and Felice Romani. These changes were reflected in his second set of Sei Romanze (1845). There was a remarkable change in style: the piano took on a new independence from the vocal line, the musical idiom was lighter and more diverse in character, and there was a greater demand on the singer’s virtuosity. The set comprises of the lighter, more popular styles in some of the settings. ‘La zingara’ paints an optimistic picture of the gypsy life. The comic caricature of the chimney sweep in ‘Lo spazzacamino’ makes it a favorite recital encore. The ebullient setting ‘Brindisi’ served as a prototype of the drinking songs in La traviata and Otello. Elegance and restraint define the tone in ‘Il tramonto’ and ‘Il mistero’. The hushed sextuplet figuration in the piano part was cleverly adapted to depict the shimmering rays in the former, and the rumbling currents at the depths of the lake in the latter. Last but not least, Verdi’s more experimental spirit was found in ‘Ad una stella’, where the free modulations contrast sharply with the ethereal outer sections in A-flat major. The 1840s also saw Verdi’s rise to international fame. In 1847, Verdi left Italy on an expedition to supervise the premières of I masnadieri in London and Jérusalem in Paris. The international engagements led to the setting of ‘Il povertto’, a text by Manfredo Maggioni, the chief librettist of the London Royal Italian Opera.

The pace of Verdi’s operatic production slowed considerably after La traviata. The 18 years that followed saw only six new works: Les vêpres siciliennes, Simon Boccanegra, Un ballo in maschera, La forza del destino, Don Carlos and Aida. From 1861 to 1865, Verdi entered briefly into politics as a deputy in the Italian parliament. To commemorate Rossini’s death in 1868, Verdi wrote the ‘Libera me’, which was eventually incorporated into his own Requiem Mass six years later. Verdi’s compassion for fellow artists found yet another example in his ‘Stornello’ (1869). A lively piece modeled after Tuscan song, it was Verdi’s contribution to an album dedicated to the librettist Francesco Maria Piave, who had suffered a stroke and his family plagued by poor finances.

The next decade saw the Neapolitan premières of Verdi’s two grand operas, Aida and Don Carlos, as well as the monumental Requiem Mass in honor of the Italian literary giant, Alessandro Manzoni. While Verdi was overseeing rehearsals for Aida in March 1873, the lead soprano Teresa Stolz fell ill, leading to a delay in the production. With spare time on hand, Verdi took up sketches of a string quartet he had begun in the previous winter and finished it in three weeks. The ‘String Quartet in E minor’ was Verdi’s only chamber composition and the composer never intended it to be performed in public or published. In Verdi’s own words, “I’ve written a quartet in my leisure moments in Naples. I had it performed one evening in my house, without attaching the least importance to it. I don’t know whether the quartet is beautiful or ugly, but I do know that it is a quartet!”. Verdi’s early years of rigorous counterpoint studies with Vincenzo Lavigne and his private studies of the Mozart-Haydn-Beethoven string quartets bore fruit in this work, especially the outer movements of the four. The first movement is in sonata form. The nervous opening theme, alluding to the music of Amneris from Aïda, sets the dramatic tone. The mellifluous second theme, by contrast, introduces a contemplative mood. The Andantino is a five-part rondo design. The two contrasting sections in G-flat and F-sharp are flanked by the recurring theme in C major. The third movement is a Scherzo and Trio but in name. The shrieking trills at the beginning call to mind the witches’ ballet from Macbeth. The macabre atmosphere is soothed momentarily by the tender cello solo in A major. The last movement is a tour de force of contrapunctal virtuosity. The movement opens with a scampering five-bar subject starting on the offbeat, deliberately thrown off by fast, repeated notes. The blazing Piu mosso at the end lends the quartet a Haydenesque touch of humor.

Verdi went into a hiatus of thirteen years since the première of his Requiem Massand produced no new operas until Otello (1887) and Falstaff (1893). Nevertheless, it was hardly a dry spell in his career. At age 67, Verdi turned his attention and creative energy to sacred genres. He composed the ‘Pater Noster’(1880) after a vernacular translation of the Latin liturgical text. The music was written for five-part a cappella chorus, in homage to Palestrina. Dante was again the inspiration behind Laudi alla Vergine (1888) for four-part female chorus. The text was excerpted from the final chapter from Paradiso in Dante’s Divine Comedy. It was later published as one of the Quattro Pezzi Sacri, along with ‘Ave Maria’(1889). This work is created as a solution to a musical puzzle set in the Gazzetta Musicale di Milano. The requirement was to invent a scale which is an amalgam of the major, minor, whole tone and chromatic scales. Verdi responded with an ‘enigmatic scale’ based on the following pitches: C-Db-E-F/F#-G#-A#-B-C. This sequence was turned into a cantus firmusmelody, which recurs four times in the order of bass, alto, tenor and soprano, each accompanied by different harmonization in the other three voices. Despite the recreational nature of the composition, the sophisticatedly crafted music was the work of a composer par excellence. 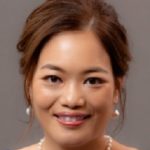 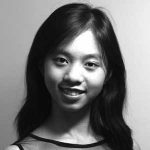 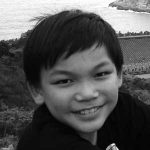 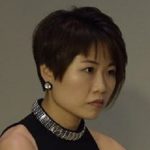 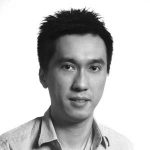 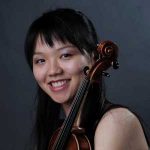 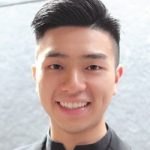 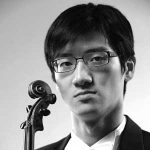 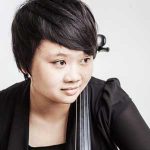 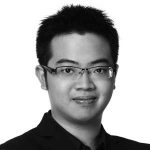 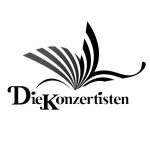