An Evening of Baroque Enchantment 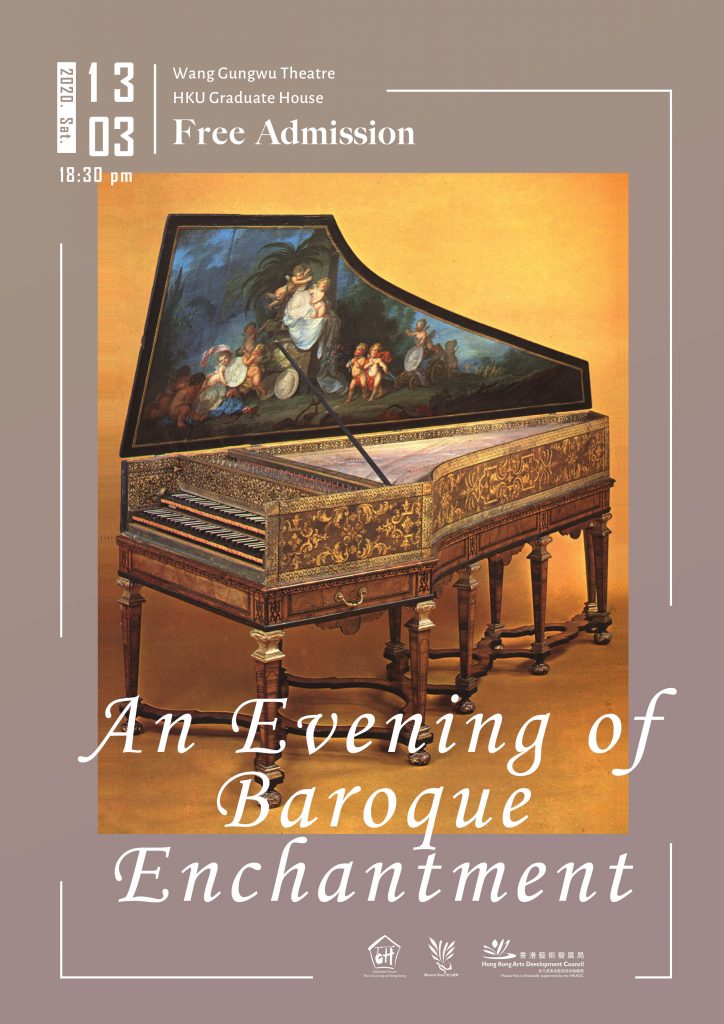 Orlando is an opera seria in three acts written for the King’s Theatre in London in 1733. The libretto in Italian was adapted from Carlo Sigismondo Capece’s “L’Orlando” after Ludovico Ariosto’s Orlando Furioso, which was also the source of Handel’s operas Alcina and Ariodante.

The story of the opera tells about the love story between the knight Orland, queen Angelica, prince Medoro and shepherdess Dorinda.

Orlando falls desperately in love with the princess Angelica, but she turns love to another man, Medoro. Orlando cannot accept this and he is driven to madness. At his moment, Dorinda looks like Venus under his eyes and he declares his love for her. After that, Orlando tries to kill Medoro, which is prevented by the magician Zoroastro secretly. Angelica goes to Orlando and wants him to kill her, because she taught Medoro is dead already. At the end, Zoroastro heals Orlando by using magic potion. Orlando awakes and he is happy that Angelica and Medoro are saved. He overjoys to see them and wishes them a happy life together. Dorinda will forget her sorrow and invites everyone to her cottage to celebrate.

In the fifth Szene of Act three: Medoro became separated from Angelica in the confusion and has returned to Dorinda’s hut. He tells her he would love her if he could, but his heart is not his to give. Dorinda comments on the whirlwind of passions caused by love and sings the aria “Amore è qual vento”.

“Pièces de clavecin” means the Pieces for harpsichord. It is a collection with 27 suites (27 ordres). Different from those typical baroque suites as people familiar with, the suites from François Couperin consist of programme music mostly plus a few suite dances.

A preparation for shiny hair. Bandoline is obtained either by soaking flaxseeds or by boiling quince pips.

This is not a classical allemande. Considering the content of the suite 27è ordre concerns about the oriental ideas, the music could shows any positive imagination in far eastern oriental subjects, which is exquisite for the European daily life of nobles at that time, like silk, porcelain, tea, opium etc… Maybe Couperin has just a look on a harpsichord with Chinese or Japanese painting. (peinture chinoise, peinture japonaise).

Couperin might consecrate himself to Chinese and Turkish objects illustrated by painters such as Watteau, Lancret and Audran.

My Lady Carey’s Dompe is a Renaissance musical piece for harmonic instruments. Considering the acoustic effect and possibility of historical instruments available at that time, this piece should be probably preformed with english virginal or lute rather than harpsichord.

The piece is in tune of traditional English dance, it was written around 1520s by an unknown composer during the time of Henry VIII of England.

Giulio Cesare in Egitto is a opera seria in three acts composed for the Royal Academy of Music by Händel in 1724. The libretto was written by Nicola Francesco Haym who used an earlier libretto by Giacomo Francesco Bussani, which had been set to music by Antonio Sartorio (1676).

The story is modified and recreated from the history about Giulio Caesar defeating his enemy Pompeo in Egypt, falling love with Cleropetra and the glory of his triumph in Egypt.

In the third Szene of Act three: Tolomeo’s general Achilla plans to defect to Cleopatra’s side, but Tolomeo stabs him before he does. In result, Tolomeo wins the war against Cleopatra and celebrates his victory. Cleopatra laments losing both the battle and Cesare. Then she sings the aria “Piangerò la sorte mia”.

The baroque sonatas for chamber music are mostly belongs to groups Sonata da camera or Sonata da chiesa. Trio Sonata is a term telling about the instrumentations of the piece: two melody players (including solo instruments and voices) plus at least continuo instrument like harpsichord, organ, lute, harp, guitar, Theobe etc… Sometime a bass instrument could be added to round the sound of bass, but not obligated. In a outcome, there could be more than three players ad libitum, although the piece is called itself “Trio”.

Johann Sebastian Bach is an representative organist belonging to the middle german style and plays the middle german organ in his time. One of the those famous organ builder is Gottfried Silbermann. Some of those original organs are still exist nowadays mostly in East Germany region after three centuries.

This pieces exhibits a typical north german “Prelude and Fugue” structure with a free opening “toccata” as Prelude, a fugal section “Fugue”, and a short free closing section of fugue in another tempo “coda”.

This is piece is notated in “dorian” rather than “D minor” in manuscript. Another pieces from Bach having the name “Toccata and Fugue in D minor BWV 538”, which is ever longer in similar structure and gets a nickname name “Dorian” in english speaking world.

Buxtehude is an representative organist of north german style. Although many of his pieces called them “Preludes”, its forms are “Prelude and Fugue” in many sections. The music theorists call his style as “stylus phantasticus”, because his style of preludes is similar improvisation.

Compare with Bach’s scared Cantatas with voice soloists, orchestra and choir, Vivaldi composes a seria of secular cantatas in form of chamber music. The Vivaldi’s cantatas consist of either one or two female voices and instrumental support no more than than a trio: three strings players plus a harpsichord. Some of his cantatas is composed with solo voice with support by a harpsichord only.

Georg Philipp Telemann composes a seria of scared Cantatas in form chamber music as well. Many of them are only trio: one voice, one solo instrument and an organ,